Review: The New Pocket Hose Ultra - So Far, So Good

Review: The New Pocket Hose Ultra - So Far, So Good 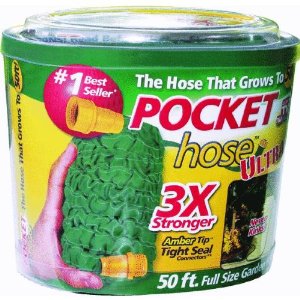 Back in March we reviewed the original Pocket Hose. We liked the concept of the lightweight hose that crumples up, drained itself, and is easy to store. The problem was that every one we tried eventually failed and ruptured near the hose bib.

That is why were were excited to try one of the new and improved Pocket Hoses. The manufacturer claims that the Pocket Hose "Ultra" is three times as strong as the original

Across the board, the new model is more durably built. The thin, lime green material has been replaced by a thicker, dark green material. While it feels like fabric on the outside, you can feel a stronger, reinforced, rubberized material is underneath. Even the hose bib connector and the convenient shutoff valve feel like they've been upgraded.

The improved durability does come at a price. The new model is bulkier, and while it does shrivel up and shrink down as the water empties out, it does not contract nearly as much as the earlier version. However, once the water flows out, the new Pocket Hose is still lightweight and much easier to carry around and store than a traditional hose.

Will it hold up long term? Only time will tell. However, the new Pocket Hose does feel much more substantial than the earlier model, so we have high hopes.

How about you? Have you tried the new Pocket Hose yet? If so, what have been your experiences? 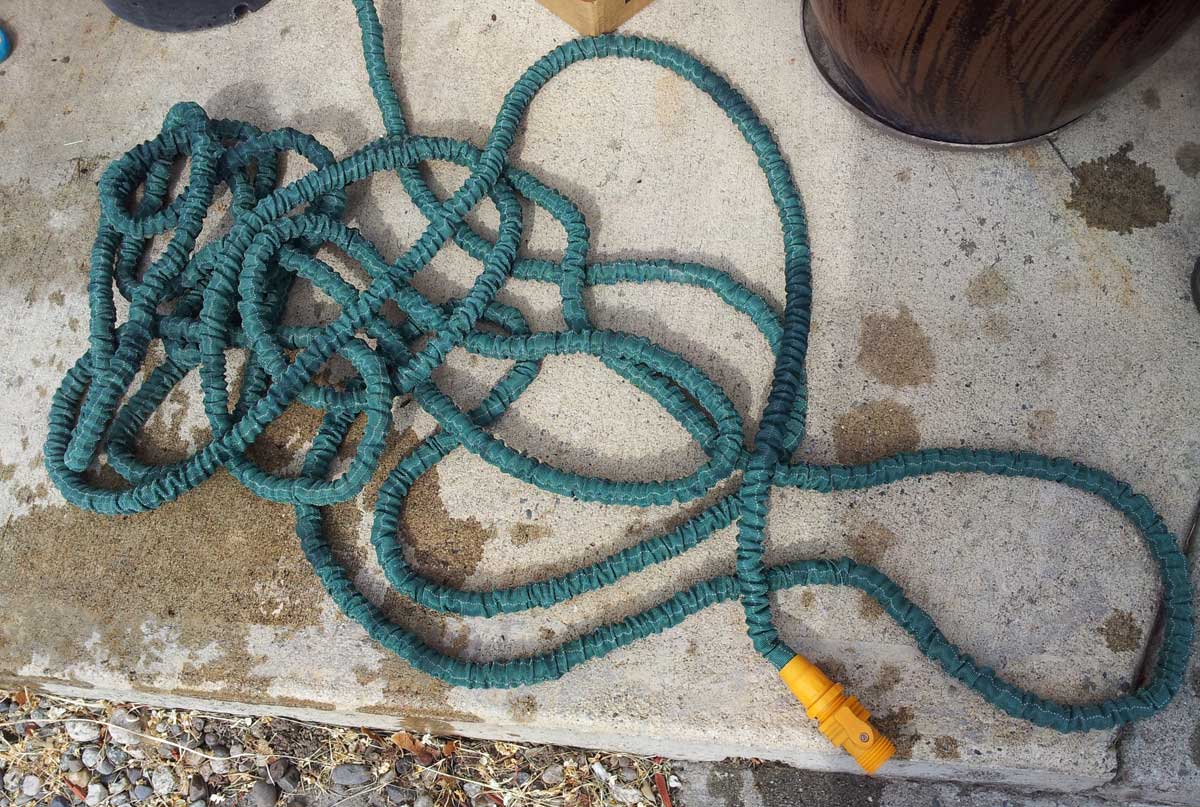 Drained Pocket Hose Ultra. It does shrink, but not like the original. 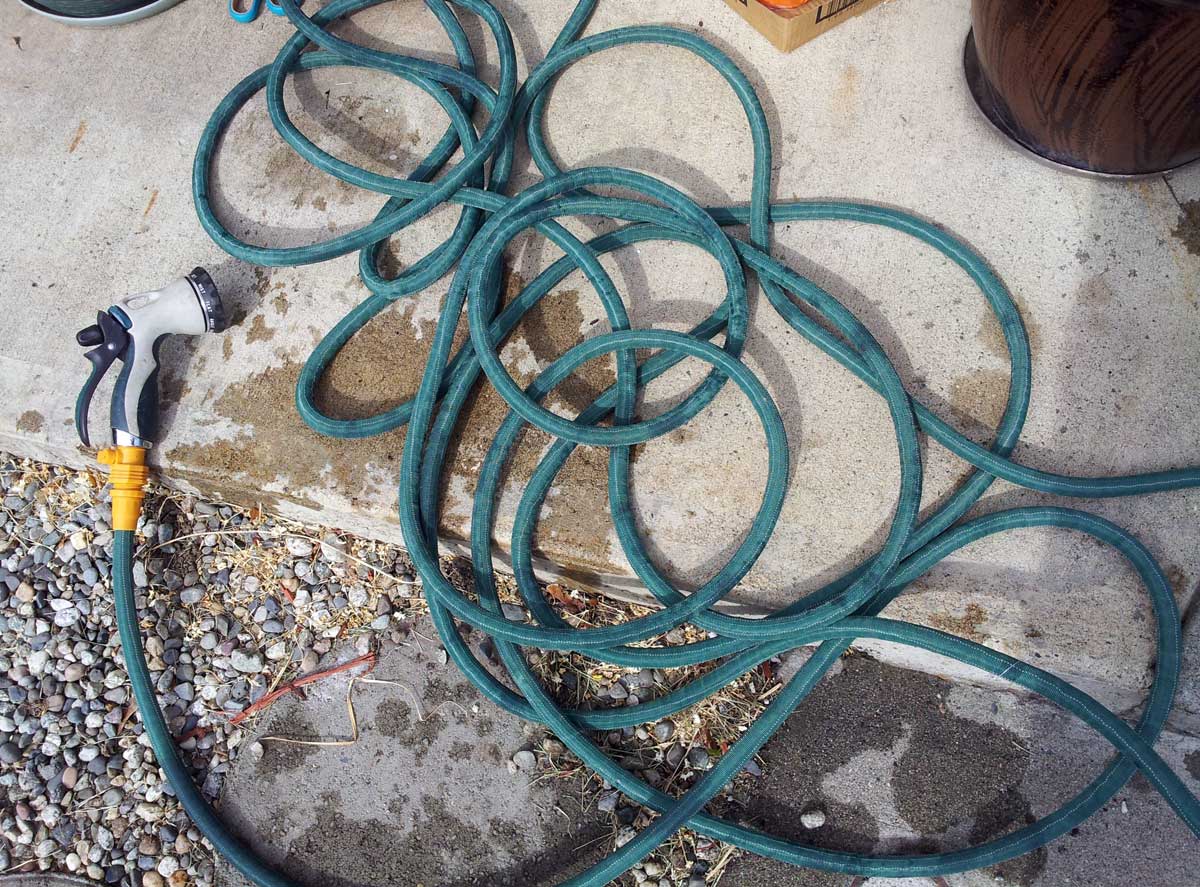 Pocket Hose Ultra full of water. Those hose feels a lot more durable than the original.