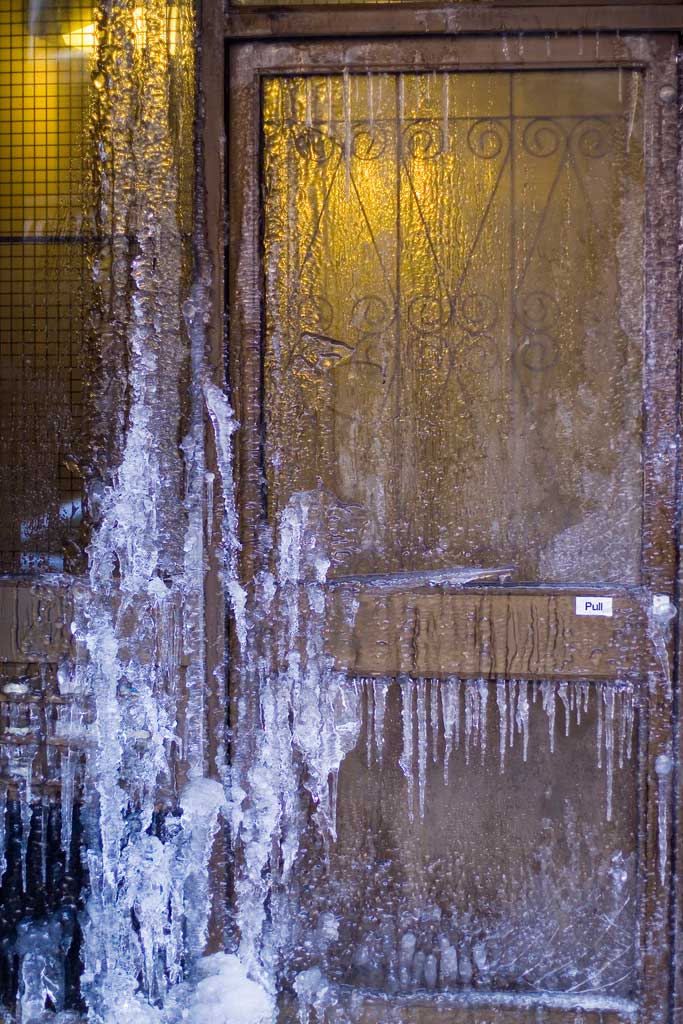 Burst pipes from unheated homes can cause thousands of dollars in costly repairs. Photo credit: Graeme Maclean, flic.kr/p/93UN4Y With the rising cost of energy, some people are tempted to turn off their heat when they are away from home for extended periods, like when they are on vacation. Likewise, people who own vacant houses, for example, homes that are up for sale or for rent, may shut off the heat to save money.

This is bad idea. While the Olympia, Washington area has a relatively mild winter climate, it does get below freezing during the winter fairly regularly, and we occasionally get cold snaps where temperatures plummet below 20 degrees. Without the heat on to keep your home above freezing, you risk pipes freezing, which can result in burst pipes. And since no one is in the home, it could be days or even weeks before the damage has been discovered.

To make matters worse, many insurance plans will not cover frozen pipe damage if reasonable precautions are not made to prevent the damage. The insurance company will likely consider leaving the heat off to be an act of negligence, voiding your claim and leaving you with thousands of dollars in uninsured homes repairs, including water pipe replacement, flood damage, dry rot, drywall, and even electrical problems.

As we've mentioned in a previous post about underground sprinkler systems, it's not 32 degrees you have to be worried about, but 39 degrees. At 39 degrees, water goes through a molecular change where it actually expands. As water cools below that temperature it starts to contract again. Ice also continues to contract as it gets colder.

So imagine a scenario with an unheated house when the temperature outside drops below freezing. With no heat in the house to keep the pipes warm, they begin to cool off from the exterior to the interior. The pipes closest to the exterior freeze first, creating a plug in the pipe. Meanwhile the water closer to the interior of the home gradually drops to that magic 39 degrees and expands. With nowhere to go to relieve the pressure, the pipes burst.

The best option in an unoccupied home is to leave the heat on at a low level. We recommend keeping the theromostat set to at least 50 degrees. You'll still have a heating bill, but you will prevent potentially thousands of dollars of damage that will not be covered by insurance.

An alternative would be to have your plumbing system professionally purged and the water turned off at the curb. However, it's much simpler to leave the heat on at a low temperature.

Do the smart thing: keep your heat on. Trying to save money on heat very well may backfire and leave you with costly plumbing and other repairs.